Adrian's Story Behind Domestic Violence Gives Hope To Others

Adrian "Buckaroogirl" is a 20 something firecracker who is equally at home in the branding pen, ranch bronc or stage, who burst onto the western music scene at just 14 years old.

When she began sharing her songs of Nevada and cowboy'in as seen through the eyes of a young woman, the cowboy world hadn't seen many girls of her caliber performing. However, her old soul lyrics and powerful voice related to young cowboys and cowgirls, buckaroos and cowpunchers of the old west alike.

As a student majoring in International Relations and Languages, Adrian began taking her time off the road to connect with young women her age through her weekly "Dear Cowgirl" posts on social media and blog. These open letters/poems to women around the world have sparked a massive following for their honest and upfront manner, and continued openness about Adrian's experiences as a domestic violence survivor.

Western Horseman Magazine has called her the "buckaroo's Taylor Swift" and have chosen her song, The Will James Days, from her first CD, Highway 80, as one of the 13 Best Western Songs of All Times. Also from Highway 80, her songs, Old Time Vaquero and Praise Him for the Pequaps have found their way into multiple western videos.

Adrian's second CD, Boots and Pearls was produced by Tom Russell who said in The Cowboy Way Magazine, "I heard the clear potential. I was impressed that she had such a great voice and was so at ease on stage….Adrian is the breath of strong fresh air that the cowboy music scene needs. I was honored to have worked with her." The title cut from Boots and Pearls has spawned a nationwide tide of theme weddings from women who identify with Adrian's ability to be a feminine, but working cowgirl.

Adrian's third album, Buckaroogirl was released in 2012, and Ranch and Reata Magazine says that, "Adrian's new CD, Buckaroogirl is a gift to all of us who enjoy real western music. She is, in fact, the real deal." She says that her new songs "….reflect my experiences and those of the cowboys I work with and live around." The January 2012 issue of Cowboy's and Indians Magazine listed Adrian in their Next West highlights as one of the "…20 bright young stars of the Western world…"

Survivor- A Story of Domestic Violence

As a sexual assault and domestic violence survivor, Adrian has found that her music is able to reach out and touch those who have experienced the same kind of trauma in their lives.

When the realization that the western world dealt with the same issues of abuse and violence as other cultures was discovered, Adrian made it her mission to bring about awareness to the ranching, cowboy and agriculture community, and more understanding related to abuse and violence.

As Adrian's reach has grown, and experience as a counselor has morphed into part of her career – she began giving speeches and inspiration talks to colleges, professional groups, and organizations on the recovery process, safely exiting abusive situations and her message of hope for those who are in pain. Her uplifting talks and encouraging words create a positive impact and enrich any group or educational experience.

In 2018, Adrian released a book of poems, "Dear Cowgirl: Letters to women." The title came after responding to a young woman who reached out to her on social media with the #dearcowgirl. After this men and woman started reaching out to Adrian asking for advice and commenting on domestic violence. She received negative and positive feedback from the public for speaking out on such a controversial topic but felt she had to continue to speak out if it meant helping even one person.

Her book of poems is intended to inspire those in pain and know that they are loved. Adrian's book was written as the following, "It is a prayer, it is a love letter, it is a song, and it is raw."

"Your scars make you, YOU.
You are just right.
You are brave.
You are alive and that should be celebrated.
To all of you beauty's with souls on fire and scars on your skin, shout it from the rooftops.

YOU are still here.

You will not be silenced. "

Listen to Adrian's music, view media, and read blogs from the artist.
https://www.buckaroogirl.com/ 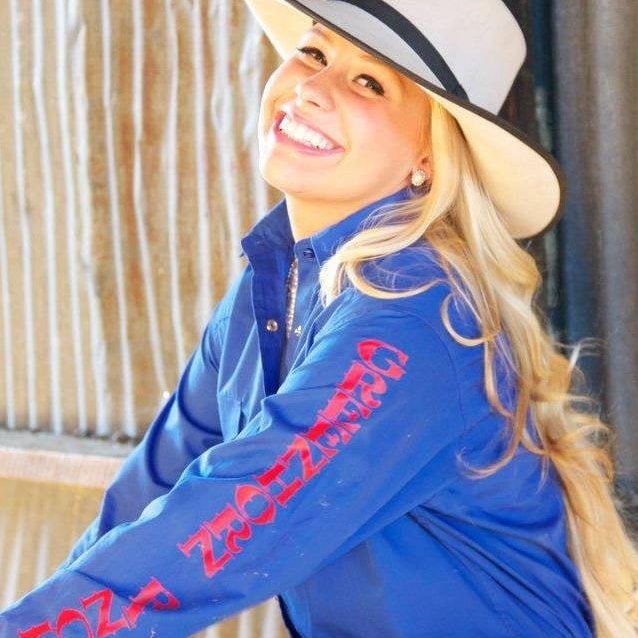 A book dedicated to, and for women
https://www.etsy.com/BuckaroogirlGoods/listing/590888608/dear-cowgirl-letters-to-women?utm_campaign=Share&utm_medium=social_organic&utm_source=MSMT&utm_term=so.smt&share_time=1538800988000

Officer Mike Bires is a police officer with the Azusa Police Department in Southern California. He is a member of the Women Leaders In Law Enforcement and the developer of the organization's website.

More posts from author
October 29, 2018 Adrian's Story Behind Domestic Violence Gives Hope To Others
© 2020 by Women Leaders In Law Enforcement. All rights reserved.